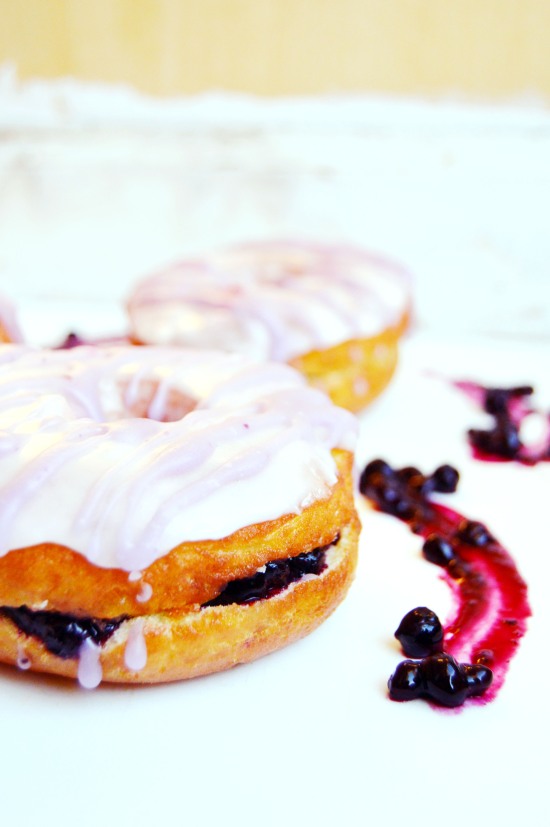 This blueberry pie doughnut is a light yeasted doughnut filled with blueberry filling and topped with a vanilla and blueberry glaze. I won’t lie, the recipe takes time and it’s a messy process, but definitely worth it. A word of warning, putting the blueberry glaze is the messiest part. The glaze sets quickly so it is similar to working with hot candle wax. Just go Jackson Pollock on it and have fun. As for the mess you make, some things are just worth the extra effort. 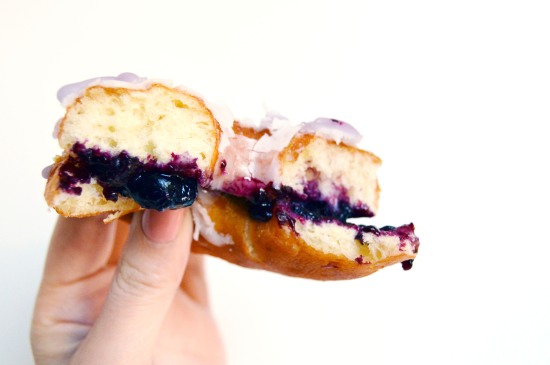 1 ½ tbsp. milk
1 c. powdered sugar
1 tbsp. blueberry filling (more or less depending on how deep of a purple you want)